The ongoing crypto winter has done significant damage to the price of many cryptocurrencies including Shiba Inu (SHIB). However, the meme coin appears to be staging a strong comeback with the help of its broad support base, the SHIB Army.

Shiba Inu has recorded a significant price rally over the past 24, spiking from the $0.0000080 low to the $0.0000120 level. Reports show that one of the factors behind this spike is the spate of token burning, as social media influencers double down on campaigns to burn SHIB and earn rewards in the Shiba Inu ecosystem’s governance token, $BONE.

At press time, almost half of all SHIB tokens have been burned, as the network plans to significantly reduce the total supply token and boost the price.

The meme coin also topped trending charts on social media, especially Twitter, in the last 24 hours. Additionally, the cryptocurrency climbed by some spots in its rankings on both CoinMarketCap and CoinGecko, moving up to the number 14 position.

Shiba Inu enjoyed a near 50% rally yesterday after tapping the $0.0000120 level for the first time since May 31. However, the meme token lacked the composure to sustain this rally and recorded a reversal near the $0.0000090, where it found some support from the 4-hour 100 EMA.

SHIB currently sits atop the $0.0000100 mark as the remaining bulls try to push it towards the $0.0000120 level again. With the mild bullish sentiment sweeping across the broader market, the meme token is likely to return to the mentioned top in the coming days. 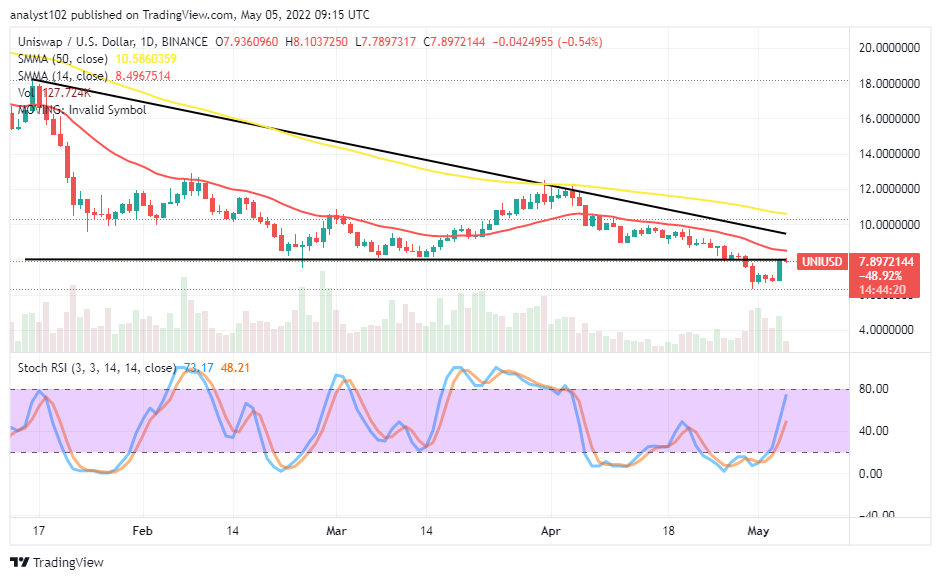 Band Protocol (BANDUSD) Is Losing Stability as Its Value Declines
May 4, 2022